Powerful demonstration for the 25th of November in Hamburg


On occasion of the day of violence against women on the 25th of November the International Women's League called for a demonstration. With a video message the Red Women's Committee Hamburg mobilized for the Demonstration in order to take up the necessity of a combative and class conscious Women's Movement in the FRG. The demonstration went from Feldstraße to Altona and in its course also crossed Reeperbahn, where there is the highest concentration of patriarchal exploitation of women in the form of prostitution in all of the city. These crimes against women were denounced during speeches at Reeperbahn. The internationalist character was emphasized through the expressed bond with the fighting women all over the world, particularly in the People’s Wars in Peru, India, Turkey and on the Philippines. Apart from proletarian revolutionaries from the FRG also several revolutionary organizations from Turkey as well as from Iran and other countries participated. 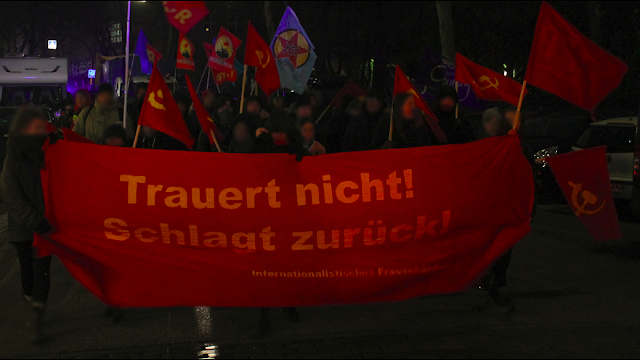 Through powerful slogans the female revolutionaries at the demonstration have shown, that the reactionary myth of the women as a tranquil and apolitical being is nothing but precisely that, a reactionary myth. The demonstration gave an initial taste of what organized and class conscious women are capable of and made all claims of a supposed “inferior female nature” go up in smoke. This combative tradition that has been establish by the revolutionary women's movement for the 25th of November is to be developed further in order to conquer greater victories every year. 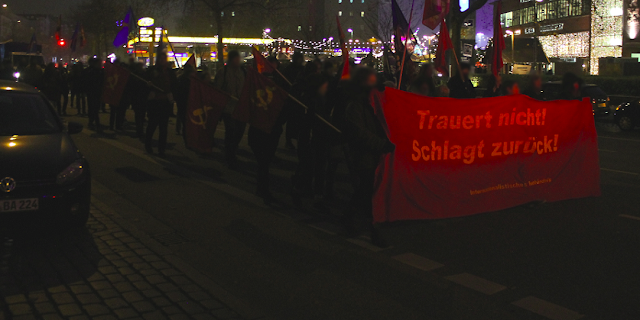