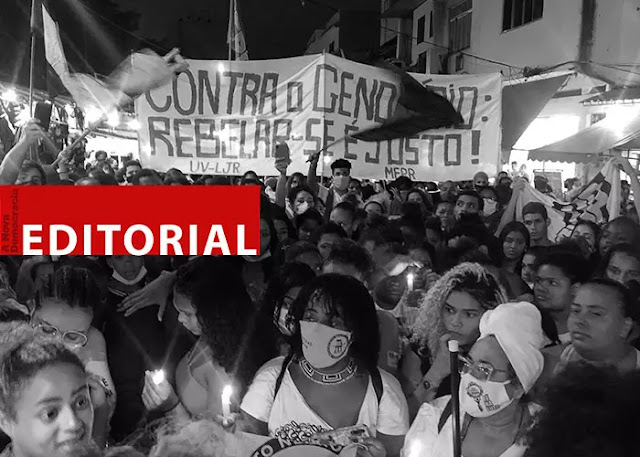 RUSSIAN IMPERIALISTS OUT OF UKRAINE! SUPPORT THE UKRAINIAN PEOPLE!

On the 23rd of this month and year, at 5 o’clock in the morning, air, sea and land troops of the Russian army in a lightning operation have penetrated into the territory of Ukraine and started their imperialist war of aggression against the country, today in their advance they are at the gates of the capital Kiev with the open purpose to overthrow the government of the country and to establish a puppet administration on all state levels and to impose the “demilitarisation” of the country, that is to put it under a protectorate of the army of the Russian imperialist state.

It might come as a surprise to some, that this war of aggression and occupation of the country by the Russian imperialist atomic superpower took place now when this atomic superpower and the sole hegemonic imperialist superpower, Yankee imperialism, as part of the development of their contradiction in collusion and struggle, had returned to the negotiating table to discuss a general agreement on strategic arms and other problems of “security” and, among these, on the expansion of the imperialist NATO alliance to the countries that formerly belonged to the so-called “Warsaw Pact”, the former semi-colonies of Soviet social-imperialism.

The fact that this war of imperialist aggression is taking place in Eastern Europe does not deny the importance of the oppressed nations, it might disorientate that Ukraine is in Europe, but it is one of the countries that were semi-colonies of the USSR. In those countries, no revolutions have taken place, but imperialist rebellion and revisionist decomposition which gave room for bourgeois rampage, for capitalist rampage, thus passing from one hand to another.

In the specific case of Ukraine, it temporarily came under the semi-colonial domination mainly of Russian imperialism, to whom it handed over its atomic weapons in 1993 in exchange for protecting its security. Then in this century the US, German, French and other imperialists in collusion and struggle began to shake the floor under the dominant pro-Russian regime in the country and there came the so-called “colour revolution”, then the re-establishment of the pro-Russian regime and later the “Maidan revolution”, through the indirect intervention of these imperialists using the so-called “low intensity warfare”, which brought about the change of regime to the one made up of different groups of the big bourgeoisie dependent on various foreign masters such as the current servant of the Yankees Volodymir Zelensky (since 2019).

Now, with its war of aggression Russian imperialism seeks to re-establish its rule, but no longer as semi-colonial but with a colonial character. This is yet to be defined at the present time.

Ukraine, an oppressed country, is the spoils of the imperialist dispute. Therefore in this situation there is being expressed not only the main contradiction but also the contradiction between the sole hegemonic imperialist superpower, Yankee imperialism (the fat dog) and the Russian atomic superpower (the skinny dog), with an economy the size of that of Belgium, and the contradictions, which are also developing in collusion and struggle, of each of these with the other imperialist powers such as Germany, France, etc. We refer to Chairman Mao’s quote on the Suez Canal incident in 1956 (see Chairman Mao’s speech of January 27, 1957).

These problems that we see since the beginning of the 90’s of the last century in Europe, unfortunately not in movement of the class or the people, but to pass from the hands of one imperialist to another, are pushing back borders to how they were before World War II and are stirring up nationalism. All this confirms what Chairman Gonzalo said about Germany after reunification, that from what was foreseen and is confirmed by all these events, its transition to superpower as they dream of, was not going to be easy. These developments from the 1990s to the present, these situations break the balances derived from World War II.

All that imperialist domination of the USSR in Eastern Europe broke up, the Warsaw Pact fell to pieces, basically imperialist scrabble and decomposition of revisionism. Therefore the problem was a new balance, a new confrontation and distribution of forces. These are the facts that are taking place up to now as is very well established in the Report of “The World Scene” of the newspaper Communist International.

What is it up to the Ukrainian people to do? Liberation struggle against mainly Russian imperialism, protracted war; it lacks of its political leadership but the Ukrainian proletariat and people have long experience of struggle, they have made the socialist revolution led by the great Lenin, they have defeated the Nazi invasion as part of the Soviet people and the Red Army in the Great Patriotic War led by comrade Stalin, so they will generate their political leadership, reconstitute their Communist Party as a militarized Marxist-Leninist-Maoist party, in the midst of the armed guerrilla struggle against the invader developing war of resistance, war of national liberation as befits the revolution in an oppressed nation.

Chairman Mao calls us to:

Unite to overthrow imperialism, revisionism and world reaction, this is fully valid today. Let us march firmly and surely to the Unified Maoist International Conference to extend the birth certificate to the new international organization of the proletariat.

As long as there is exploitation on Earth there will not be a new world, therefore the problem is to destroy imperialism, revisionism and reaction, all systems of exploitation, and necessarily socialism will be built. It is enough to see the socialist experiences lived, in a few decades they swept away centuries of exploitation, obviously not totally and completely because time was lacking, but how was it that countries as backward as China or the USSR became a power or superpower. Only socialism is capable of developing the forces constrained by imperialism, revisionism and world reaction. Another thing is that in those processes they have been restored and have become revisionist, that they have shamelessly developed capitalism; it is because they abandoned Marxism, because they restored capitalism, it was because they abandoned the building of socialism, but there too the revolution will arise and socialism will be developed again.

RUSSIAN IMPERIALISTS OUT OF UKRAINE! LET US SUPPORT THE UKRAINIAN PEOPLE!