France: Call for a demonstration on the 24th of September at the Place des Fêtes at 3pm ! 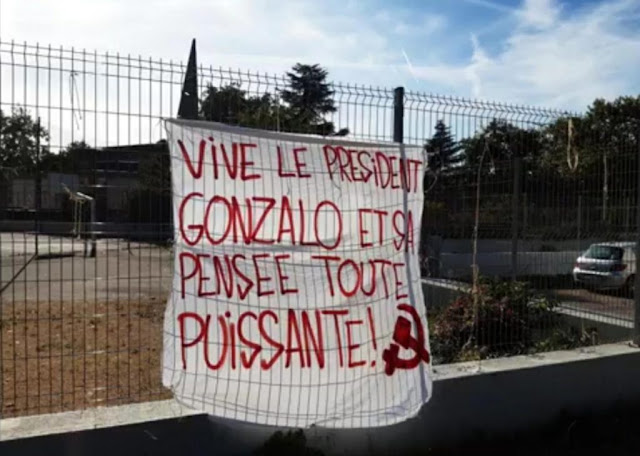 We publish a call for a manifestation that will take place in Paris on the 24th of september and an unofficial translation of it that was sent by us. You can find the original call here, for a german translation click here.

Call for a demonstration on the 24th of September at the Place des Fêtes at 3pm !

Economy in ruins, oppressed people, race towards war. The list of infamies inflicted by imperialism does not end. Every day, the butchery, pilage and barbarism rage in the world.

Everywhere the reign of the big bourgeoisie crushes the masses with all its brutality, provokes misery and injustice for its own profit. We see it in Ukraine, Ecuador, Sri Lanka, or again in Ethiopia. Imperialism is living through a general crisis which creates the condition for its own destruction.

30 years ago already, in Peru, Chairman Gonzalo, great leader of the revolution, gave a speech of a immense reach. Imprisonned by the old peruvian State and exposed in a cage, far from being humiliated and vanquished, Chairman Gonzalo hammers the way to follow for world revolution. He affirms the validity of the struggle against the « way » of capitulation.

What some would have qualified as a defeat, Chairman Gonzalo has made into a victory ! He fights relentlessly all of those who betray, trafic with the just anger of the masses and sell the revolution to our enemies.

He shows how, facing the decay of imperialism, communists go against the tide and walk with certitude towards the victory of the proletariat. He shows that the communists engage in a struggle without compromise.

What is this speech ? It is the pursuit of the people’s war until victory and the application of our plans no matter the cost !

What is the people’s war ? It is the armed sea of the masses who advance to take power under the leadership of the Communist Party !

For all these years, the inspiration of the People’s War in Peru and this triumphant speech forge revolutionaries everywhere on earth in its footsteps. Their numbers grow year after year. That is why we defend Chairman Gonzalo and his all powerful thought. All powerful because with it the masses transform the world, so it is true.

We march this 24th of september to defend Chairman Gonzalo and his all powerful thought !

We march this 24th of september to celebrate the speech of Chairman Gonzalo, because it is the call to people’s war !

We march this 24th of september for the International Communist Movement, because internationalism is the spirit of communism !

We march this 24th of september to arborate maoism and the universal contributions of Chairman Gonzalo !

We march this 24th of september to mobilize the whole of the volonteers who assume to prepare the revolution !

Honor and Glory to Chairman Gonzalo !

Defend Chairman Gonzalo and his all powerful thought !

Let us march together on the 24th of september in the streets of Paris at Place des Fêtes, at 3pm!