The reactionary and fascist government of Brazil is pursuing a policy of negating the risks of the corona virus for the health and life of the people. This anti-people policy has fatal and cruel consequences for the population: as of May 9, Brazil had more than 10,000 corona deaths and the number of people infected was almost 150,000. However, the number of unreported cases could be much higher, since comparatively very few are tested. Numerous promises by individual governors and city offices, such as medical support for the population and food packages, were also put into praxis. This government policy has put other large sections of the people into misery and exposes them to great health risks.

Only the organized people can defeat the pandemic!
Against the reactionary policies of the government, which are directed against the health of the people, revolutionary and combative sections of the workers and the people are organizing in Sanitary Committee for Popular Defense. Such committees were formed already in early April to protect the population from the pandemic and the great misery and hunger that threatened many parts of the peoples. In the state of Pernambuco, in the rural area of Lagoa dos Gatos, in the East of Brazil, the first committee to defend the health of the people among farmers was founded on April 5. The activists formulated the following goals of the committee: 1) to organize the demands for water supply and medical aid, 2) to create conditions to prevent or treat possible cases of the corona virus, 3) to increase production and new strategies for organizing the distribution in the pandemic.

In order to protect the health of the people, several small gatherings with a maximum of ten participants were organized, but they unite under the same goals. The committee organized the production of masks and started a campaign to release the water supply for the entire population of Lagoagatense, but especially for the farmers. This part of Brazil is one of the driest and water supply is an important concern of the population. The results of this campaign were also handed over to the responsible authorities in order give pressure and struggle for a solution in the interest of the people in this problem. The committee also takes care of the food supply according to its goal of "increasing production" and organizes the peasant families to guarantee, through collective efforts, the food supply of grain for three months.

In the city of Petrolina, in the same state of Pernambuco, a committee for the defense of the health of the people was founded as well. They are made up of students from the subjects of pedagogy, journalism and history, as well as from neighborhood associations, the people’s women's movement and the directorate of the Pedagogy Academy, as well as their student representatives. In an exemplary manner, they collected materials that are suitable for mask production and organized the support of seamstresses who produce them. In a meeting of the committee, they condemned the government's policies, which do nothing to protect the health of the people but, as a result of their policies, directly push forward the worsening of the pandemic, disease and death of the Brazilian people. A situation that is aggravated by the Bolsonaro government and its generals! A leaflet that was made, was received with great excitement and approval by the neighborhood, who showed their solidarity and support: new donations, new activists. They also called for the government to implement their "emergency" food aid and are organizing the struggle for it. They called for student food support not to be leftovers, but to provide packages of fresh rice, bean, and meat.

A committee to defend the health of the people was also formed in the Sumé region in northeastern Brazil at the end of April. The activists organized a workshop to learn how to make protective masks for the population. They organized to receive donations from two sewing machines and protective mask production materials. These were distributed in the poorest neighborhoods in Sumé, especially in the rural parts. The production was adapted to the international standards of the WHO, which combines protection and comfortable wearing.

Struggle to protect the people from the pandemic!
These excellent examples of organizing the people against the pandemic and the failure to act from the side of the government clearly show that it is the workers and the people themselves who have to support and organize themselves to assert their own interests. Peasants, students, workers, women: they all join together to express their interests and to organize solidarity and aid. They show that you don't have to wait for the old and rotten governments and their helpers to do something, but trust in your own strength. They expose the government's policies, which is literally walking over dead bodies of the people to get out of their own crisis and burden the costs of this crisi on the workers and the people. The committees to defend the health of the people must serve as a good example for all progressive and revolutionary forces in order to act decisively in the service of the people and to firmly unite the workers and the people in order to unite their common interests. 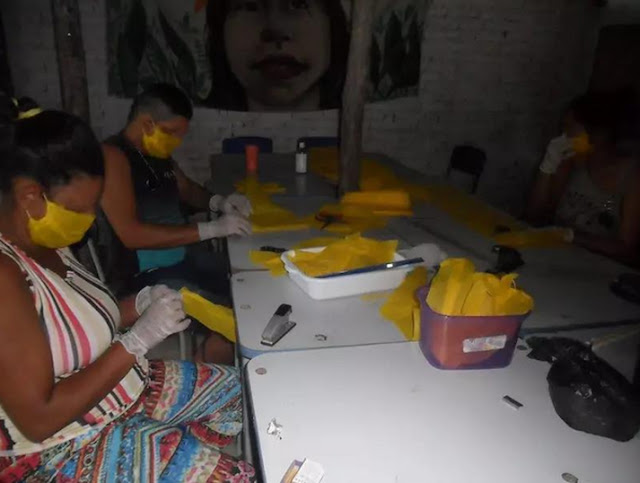 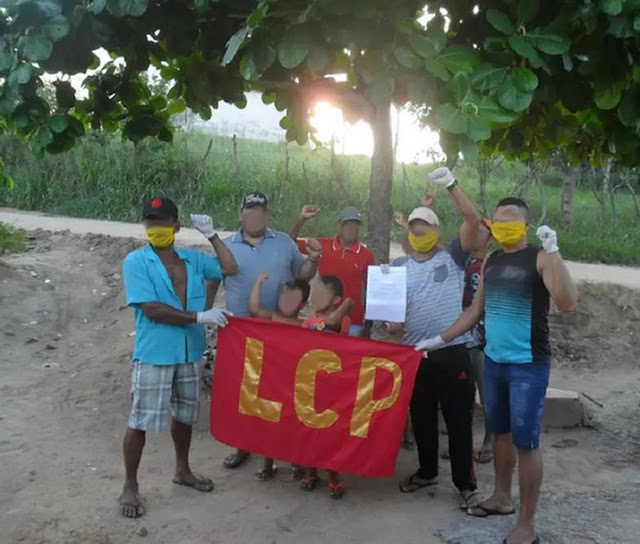