Last Friday the fascist organization SIAN distributed leaflets in the center of Kristiansand. Very fast many antifascists gathered and disturbed the fascists in their propaganda. The fascists were surrounded by the antifascists, they took away their leaflets and tore them up. Some of them threw eggs at fascists. Also some passers-by, took part in the spontaneous confrontation.

Finally some of the fascists fled from the city, the rest had to be evacuated by the police. This was a successful action of antifascists and parts of the masses! Death to fascism! 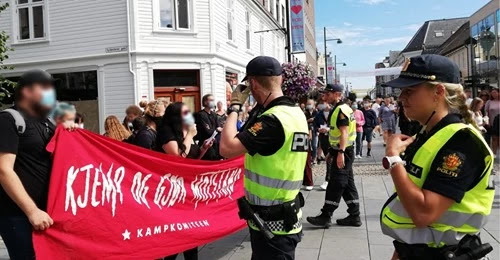 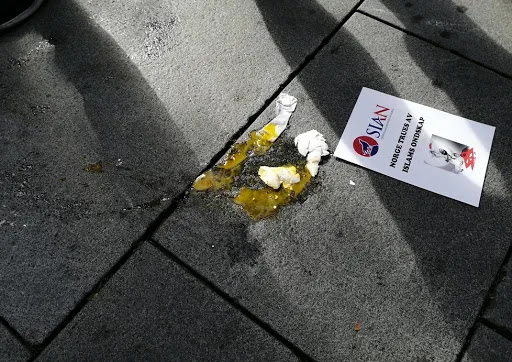