THETRIBUNEOFTHEPEOPLE: Latest Pittsburgh and Solidarity with A Nova Democracia

On August 21, a small group of tenants from Valmar Gardens in Penn Hills, a working class suburb of Pittsburgh, as well as other tenants who have been organizing under the United Neighborhood Defense Movement (UNDM), gathered to protest attempts to evict them outside the Penn Hills Municipal Building.

Valmar Gardens is a four-building apartment complex which has changed ownership several times over the years and has been plagued by mysterious fires that were found to be intentionally set, utilities that have been shut off, among other acts aimed at making life there unlivable for its tenants. They are facing another attempt at eviction from a mysterious shell company called BDCTC LLC, who recently acquired the property. After BDCTC allowed for a water shutoff at the building to go unresolved, Allegheny County Court of Common Pleas Judge Christine Ward gave permission to Penn Hills police and Allegheny County sheriff’s deputies to harass tenants into leaving on behalf of BDCTC, who claim that they want the tenants out to rehabilitate the property to “better serve the community.” Many have chosen to stay in spite of the eviction order, and in fact have never received any of the $2,500 in relocation payments that BDCTC claims to be paying out. 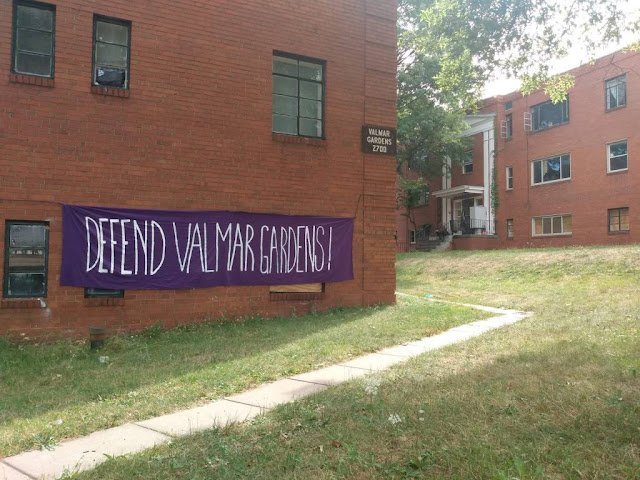 BDCTC has acted to conceal its ownership; it is not registered as an entity and has no office or number for tenants to call for problems with the property. Since making their false claim of wanting to help tenants move, it has labeled many residents “squatters” because they have misplaced lease agreements. It is currently seeking out an order of possession through the same judge who permitted the last eviction, Judge Ward.

Tenant Andre Mobley, a longtime resident at Valmar Gardens in Penn Hills, demanded that the municipality’s administration name the owner of the building and condemned them for their relationship to the owners. At one point, Penn Hills municipality manager Scott Andrejchak came outside and demanded the protesters move out of the parking lot, leading to Andre and UNDM members to denounce him and the municipality for their friendly relationship to BDCTC while failing to speak to the tenants on their issues at all. Chants of “shame” drowned him out as he left back to the building.

Another tenant, Anthony Straughter, spoke on the conditions in the building: “The toilet clogs, the sink is done. But other than that, it’s nice. It ain’t a bad apartment. We keep the place cleaned up. Like Andre said, we keep the grass cut, make sure there ain’t no trouble, we take the trash out, we don’t have no people running around that don’t belong in the building.”

Since the property was abandoned by the landlords, tenants like Andre and Anthony have started to do all the work to maintain the property themselves. The class nature of the landlord, who passively collects the rent and further profits from not investing in any maintenance at all was clear to all tenants there that day. One of the many frustrations tenants had was that the municipality could not be counted out to help with providing public services.

At the end of the rally, Andre pledged that the crowd would get bigger the more the municipality dodges its responsibility. Andre emphasized the personal cost this has on working class families: “Let me tell you a story. Can you imagine being in the middle of a money crisis, and someone burns down your apartment because they have no other way to get rid of you? They burned the apartment and we had to leave immediately. So I got my daughter and we went to get our stuff, and I said grab some toys because we have to get out of here. She sat on the floor and cried a fit, ‘why do I have to leave my toys?’ and she would not move. Because she’s been tossed around by landlords so much– You know it’s sad when you’re a father and you have no answers for the bureaucrat that she has to put up with, the landlord, and the municipalities, all working together.”

Solidarity with A Nova Democracia, The Brazilian People’s Democratic Press

By the Editorial Board

On August 13, the popular democratic newspaper A Nova Democracia (AND) was subject to a reactionary act of sabotage aimed at their headquarters. Disguised as a network technician, the reactionary saboteur gained access to the building that houses AND’s headquarters, and on a different floor, cut the internet and phone cables. The Tribune of the People Support Committee and the Committee to Support the People’s Struggle in Brazil (CSPSB) in Austin carried out an act in solidarity with both AND and the heroic peasant resistance of Corumbiara, agitating and distributing materials meant to educate people in the US about the popular struggle for New Democracy in Brazil. 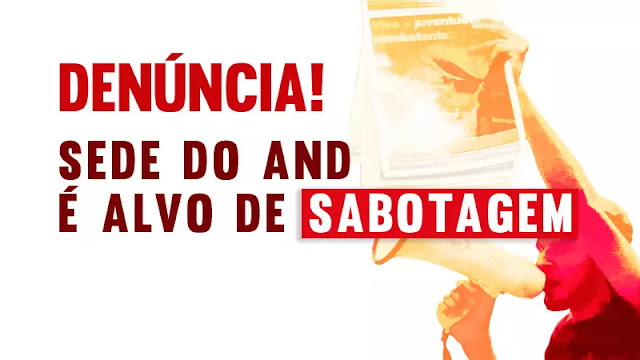 Although it was unable to stop the paper from continuing in its mission, this act demonstrates the cowardice of reactionaries and fascists alike, who want to silence the leading voice for New Democracy in Brazil without a direct and open confrontation, for fear of expanding the support for the people’s democratic press. It also shows in no uncertain terms the threat reactionaries perceive from AND specifically, and the revolutionary movement in general. The fact that AND has earned the ire of of these cretins is a testament to the good work they do in both their reporting as well as their on-the-ground organizing.

Tribune of the People wishes to express our deepest solidarity with AND as they have shown what it truly means to serve the people. As a shining example for revolutionaries across the world, they have been on the front lines covering combative street clashes with the police as well as general strikes that saw the participation of millions of workers across the country, especially in megacities like Rio de Janeiro and São Paulo. They have also been on the ground in the poorest favelas raising a loud and decisive voice against military police terror and documenting the heroic resistance of the people against state violence. Their coverage even extends to the deepest and most remote areas of the countryside covering the poor peasants’ fight for land and the Indigenous struggle in defense of their rights and territory.

On the front pages of their newspaper, which they distribute to the widest and deepest sections of the people, they loudly and consistently denounce the reactionary Old State for its land-selling service to imperialism, its genocidal campaign against the poor, its alliance with the large landowners and their brutal repression of poor peasants, its dismantling of public health and education, and for its relentless exploitation of the working people.

The Editorial Board of AND has provided an indispensable analysis of the political situation in Brazil, which has been proven correct time and time again. Their understanding of the deepening crisis of bureaucratic capitalism and the necessity of the Old State to carry out a preventative counterrevolutionary coup, as well as their analysis of the struggle between the more openly-fascist Bolsonaro administration and the thinly-veiled fascists of the High Command of the Armed Forces to institute this coup are just two examples of predictions come true. They have also put forward masterful analyses of international significance, such as setting the line for the international movement on the coronavirus and the current economic crisis sweeping the globe.

No hardship can make these comrades falter in their struggle against the reactionary Old State, because as revolutionaries they understand that none of us can be free from exploitation and oppression until all of us are. They have taken up the banner of New Democracy and refuse to lower it in the face of psychological warfare and attempts to silence them. Tribune of the People has taken great inspiration from the comrades at AND and we strive every day to live up to the incredibly high standard they have set for revolutionary press.

As they face attacks from the state, AND has asked for support from readers to continue to sustain their important operations. Below is a statement they have asked their supporters to share far and wide.

You build A Nova Democracia, too!

While the newspapers and magazines of the bourgeoisie and the big landowners earn great amounts of money from governments, engineering and construction companies, large industrialists, etc., to misinform and attack the struggles of the peoples and national interests, the newspaper A Nova Democracia (The New Democracy) does not receive a penny from monopolies, big bourgeoisie, landowners, party funds, NGOs, etc.

The history of the popular, democratic and revolutionary press in our country teaches us that, at all times, the people in struggle, the revolutionaries, the real democrats and progressives have sustained their press and defended it.

In every struggle of our people, there was an independent and combative tribune informing and encouraging the masses to fight.

Thus we have continued to advance, exist and resist for over 17 years.

Today, in the midst of the Covid-19 pandemic, A Nova Democracia continues to stand firm and keep our news portal updated daily so that you continue to have high quality information.

Make your donation now and contribute to the support of A Nova Democracia!

THE CLASS STRUGGLE DOES NOT STOP