The important democratic newspaper A Nova Democracia of Brazil has published a special edition dedicated to highlighting the great international mobilization of the proletariat and the peoples of the world for the International Campaign for the Defense of Chairman Gonzalo’s Leadership and his Almighty Gonzalo Thought”, which we make available to our readers in its original version.

Democratic and progressive media all over the world have been propagandizing the actions carried out worldwide since September 12 to date, highlighting those of September 24 as the International Day of Action agreed as the beginning of the campaign. The actions and the International Campaign before September 24, on September 24 and those that continue and will continue are a resounding fact that is shaking the world from East to West, from South to North, embracing more and more continents and countries, an initial evaluation shows how Chairman Gonzalo and all-powerful Gonzalo Thought continues to win victories over death, giving us new victories for the proletariat and the peoples of the world and are a hard blow to imperialism, world reaction and revisionism, very particularly against the revisionist and capitulationist right opportunist line. In the International Campaign and the most varied actions with which it develops is expressed the powerful war cry of the international proletariat and the peoples of the world.

Read below the special of A Nova Democracia: 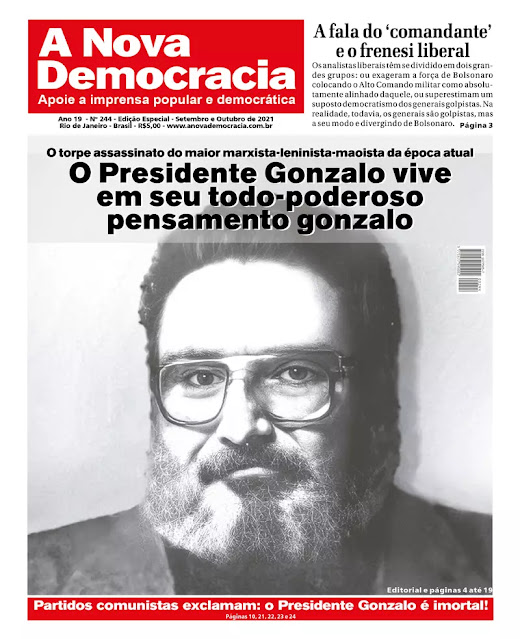