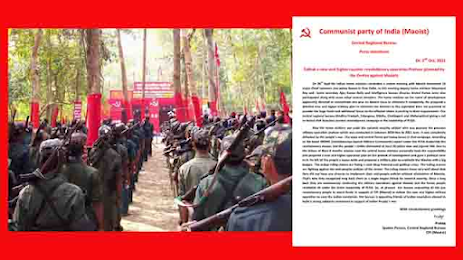 The home minister on the name of development apparently directed to concentrate one year on Maoist issue to eliminate it completely. He prepared a detailed new and higher military plan to eliminate the Maoists in the stipulated time. He promised to provide the huge funds and additional forces to the effected states according to their requirements. Our central regional bureau (Andhra Pradesh, Telangana, Odisha, Chattisgarh and Maharashtra) giving a call to defeat that ferocious counter revolutionary campaign in the leadership of PLGA.

Now the home minister put aside the national security adviser who was planned the previous military operation prahaar which was conducted in between 2020 Nov to 2021 June. It was completely defeated by the peopleʹs war. The state and central forces got heavy losses in that campaign. According to the latest DKSMC (Dandakaranya Special Military Commission) report under the PLGA leadership the revolutionary masses and the peopleʹs militia eliminated at least 90 police men and injured 269.

Due to the failure of their 8 months mission now the central home minister personally took the responsibility and prepared a new and higher operation plan on the pretext of development and gave a political color to it. He left all the peopleʹs issues aside and prepared a military plan to eradicate the Maoists with a big budget. The Indian ruling classes are facing a neck deep financial and political crises.

The toiling masses are fighting against the anti-peoples policies of the center. The ruling classes know very well about that they did not have any chances to implement their anti-people policies without elimination of Maoists. Thatʹs why they recognized long back them as a single largest threat for internal security. Since a long back they are continuously conducting the military operations against Maoists but the heroic people retaliated all under the brave leadership of PLGA. 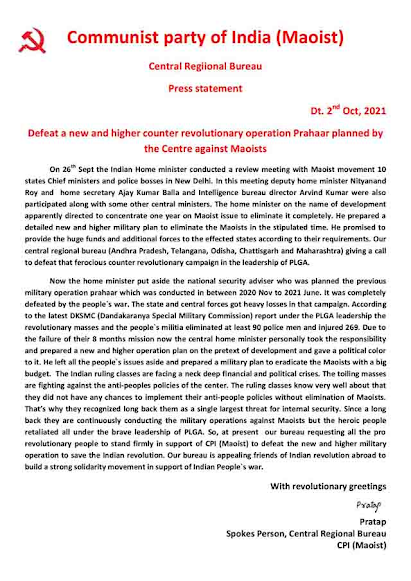